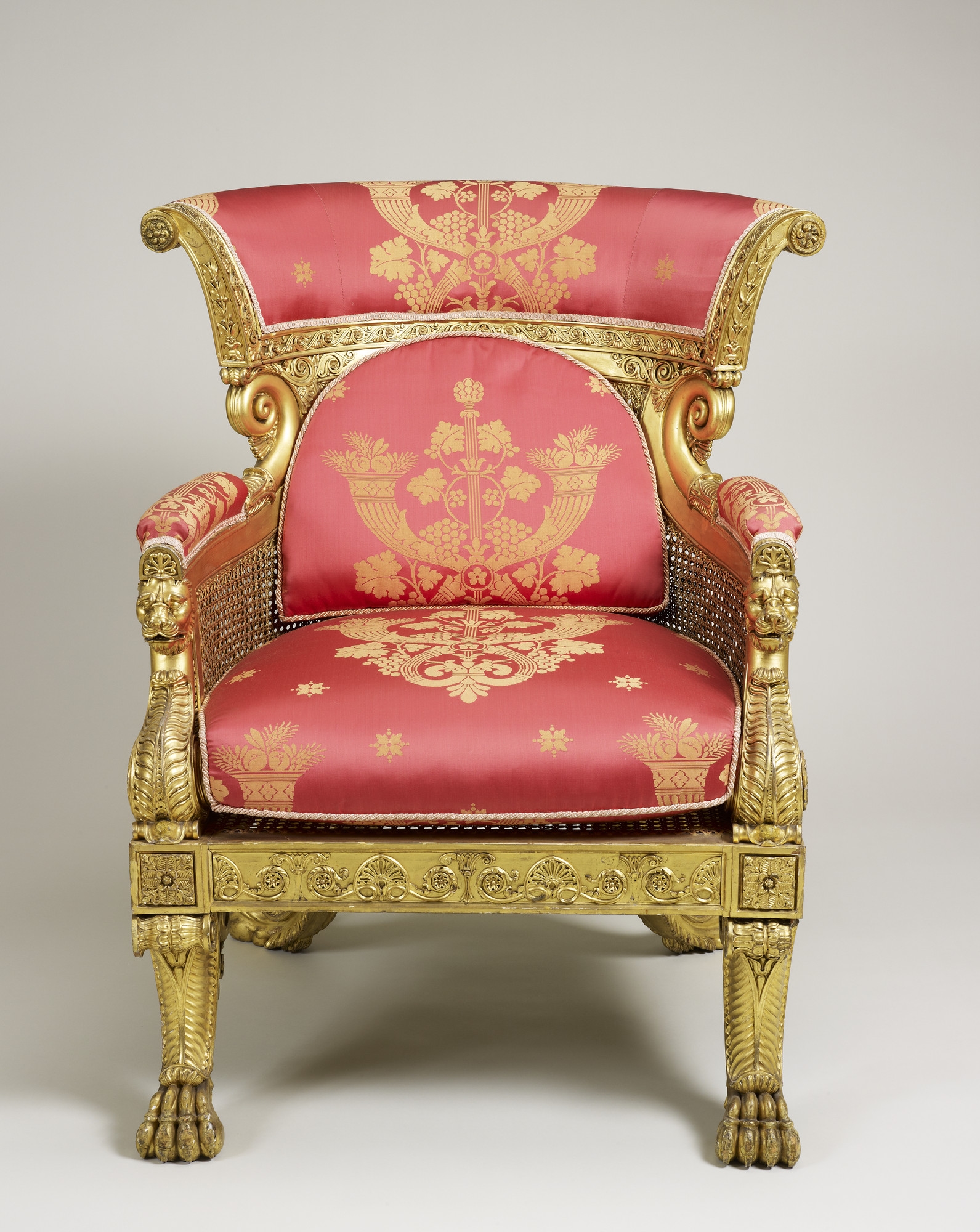 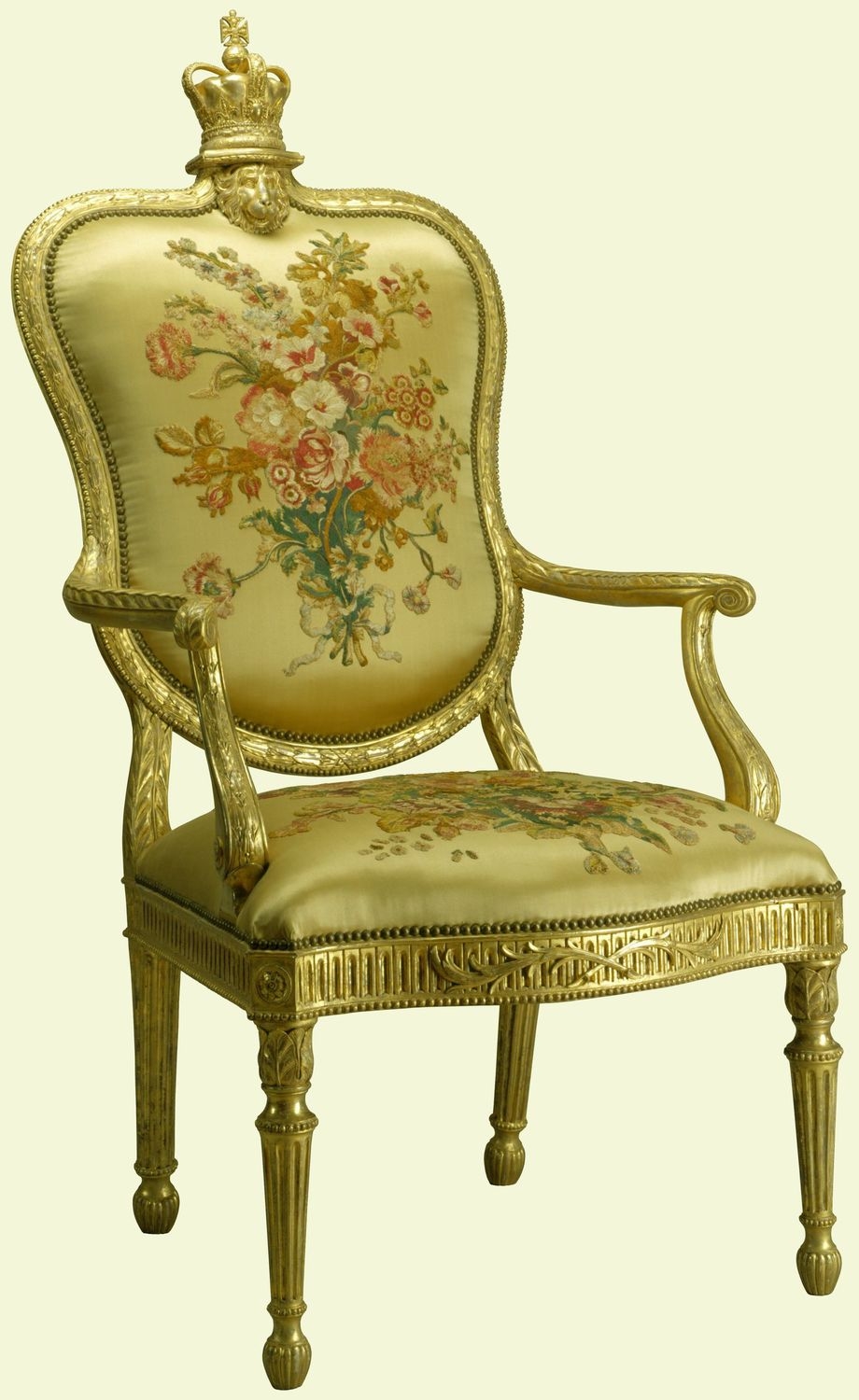 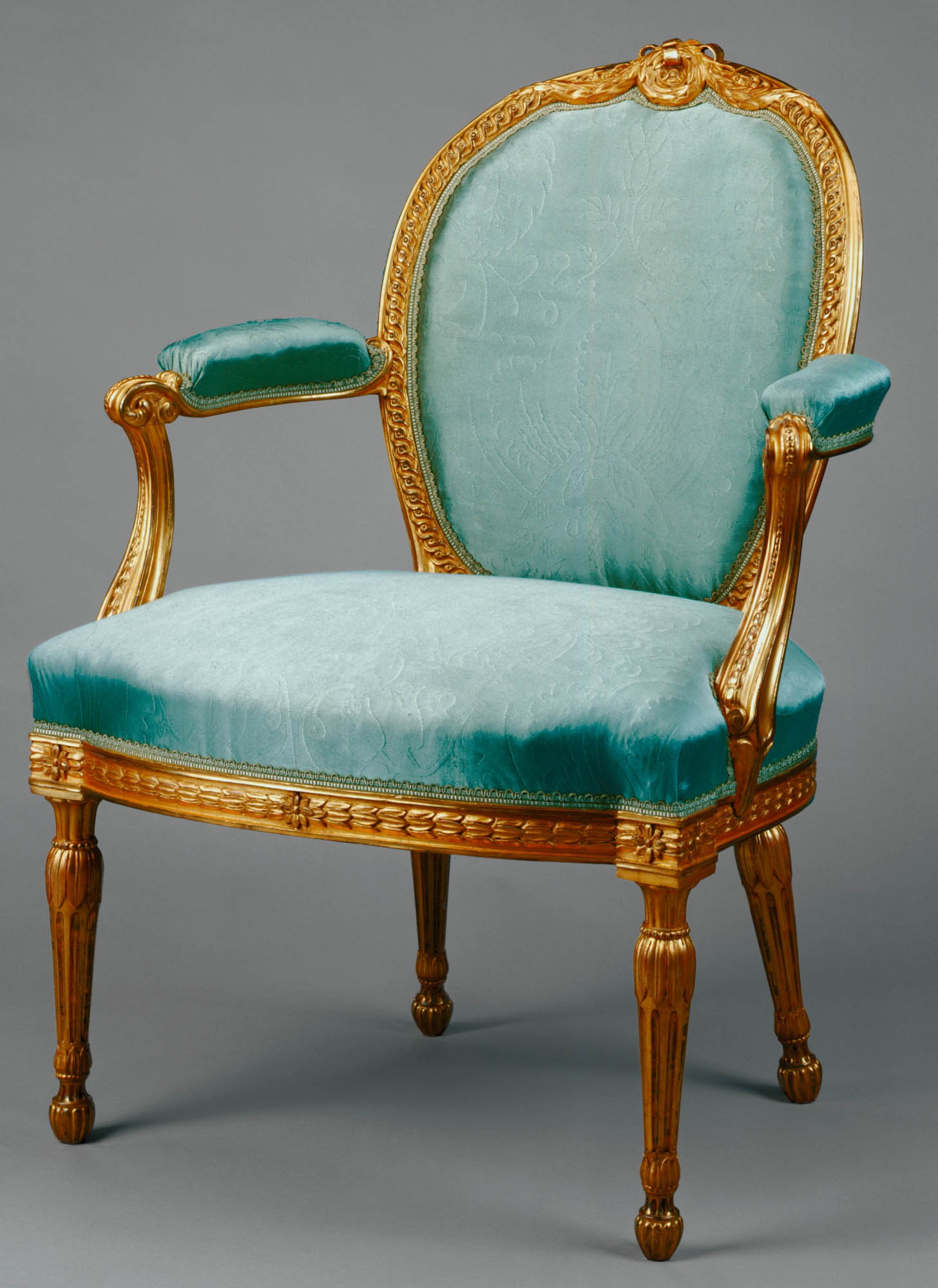 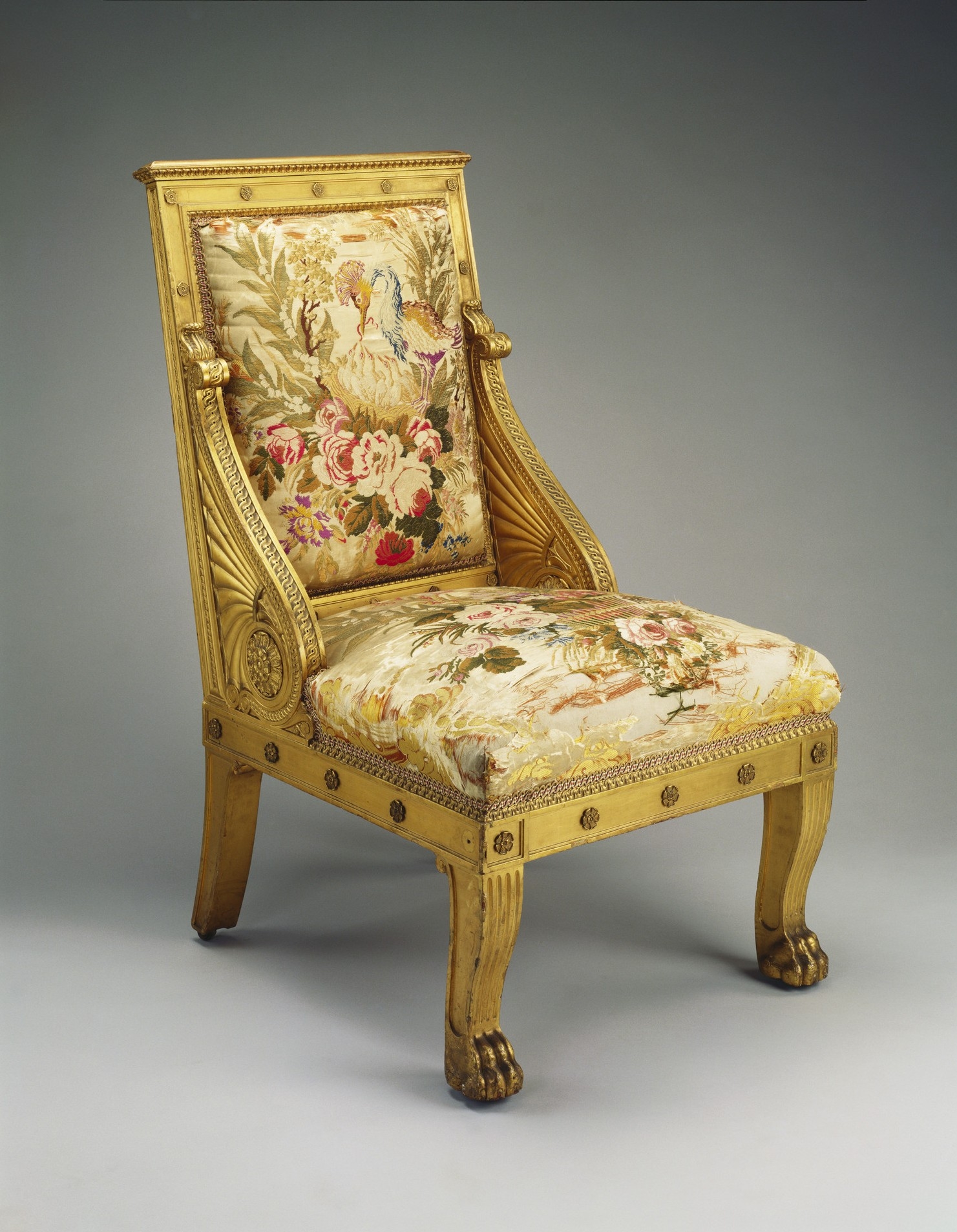 Each with carved and gilded borders of rosettes, spandrels between seat & back carved with a large flower on inner and outer edge. Covered with embroidered silk, on square section fluted legs with castors and on paw feet 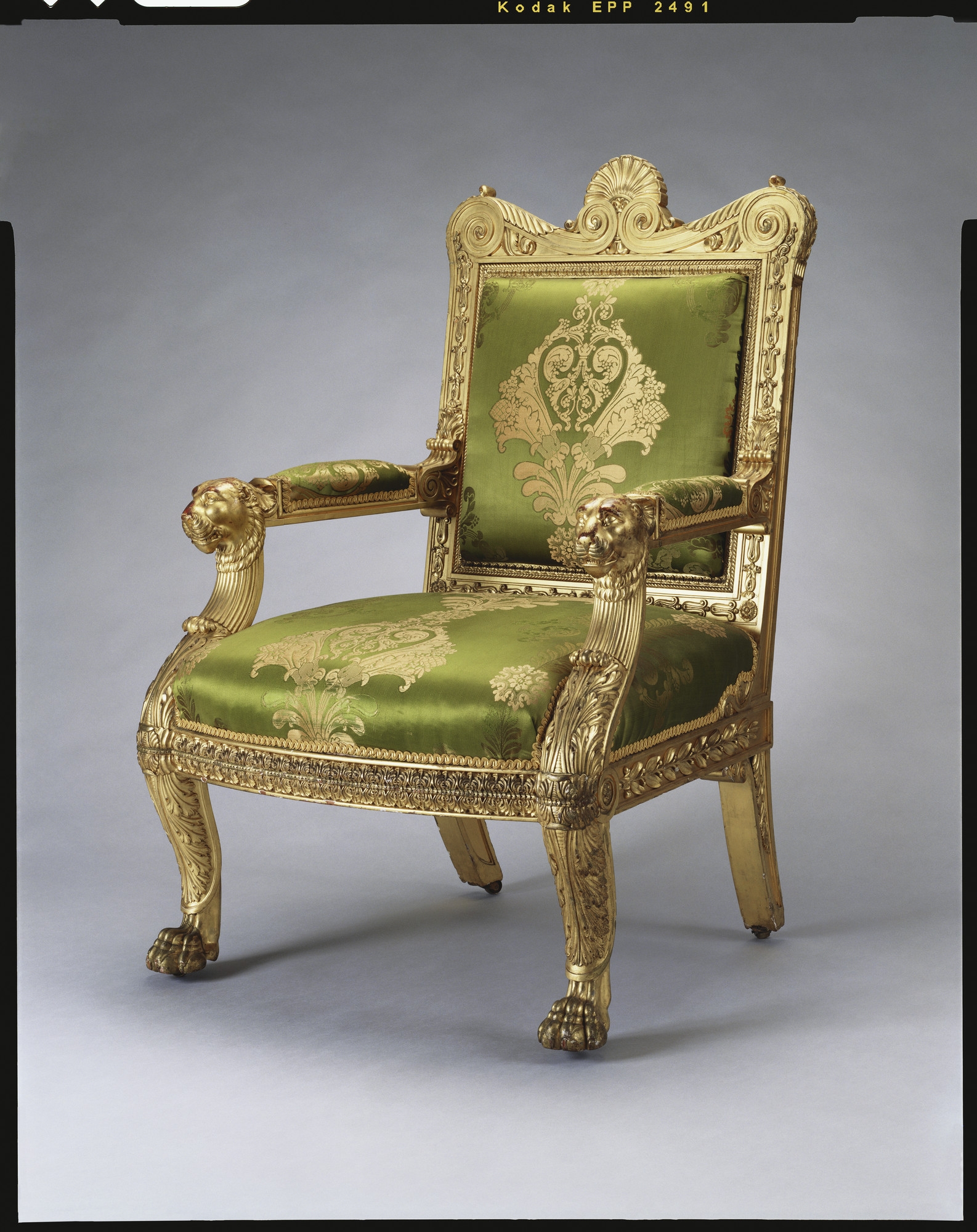 Morel & Seddon (cabinet maker)
Creation Date: c.1828
These armchairs form part of a very extensive suite of seat furniture made for George IV’s new Private Apartments at Windsor Castle. Originally consisting of fifty-six pieces (twelve sofas, sixteen armchairs and twenty-eight side chairs), the suite was divided between the Crimson Drawing Room and the Small or White Drawing Room and cost the enormous sum of ?13,886 (not including the material for upholstery). By 1830, a number of pieces from both rooms had been removed to the State Apartments or to store, owing to lack of space. Some of the excess pieces were used to complete the refurnishing of Buckingham Palace in the 1830s and 1840s. 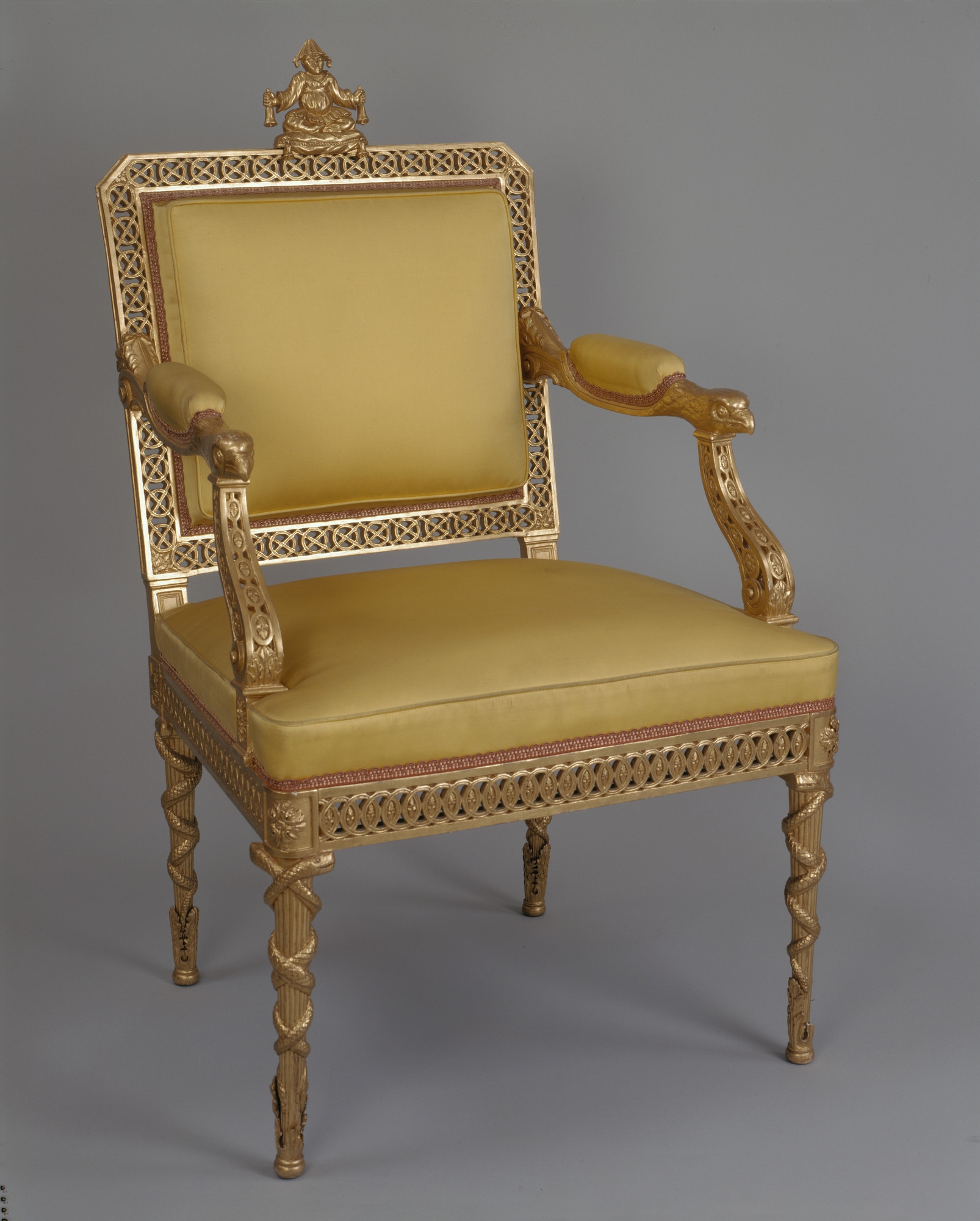 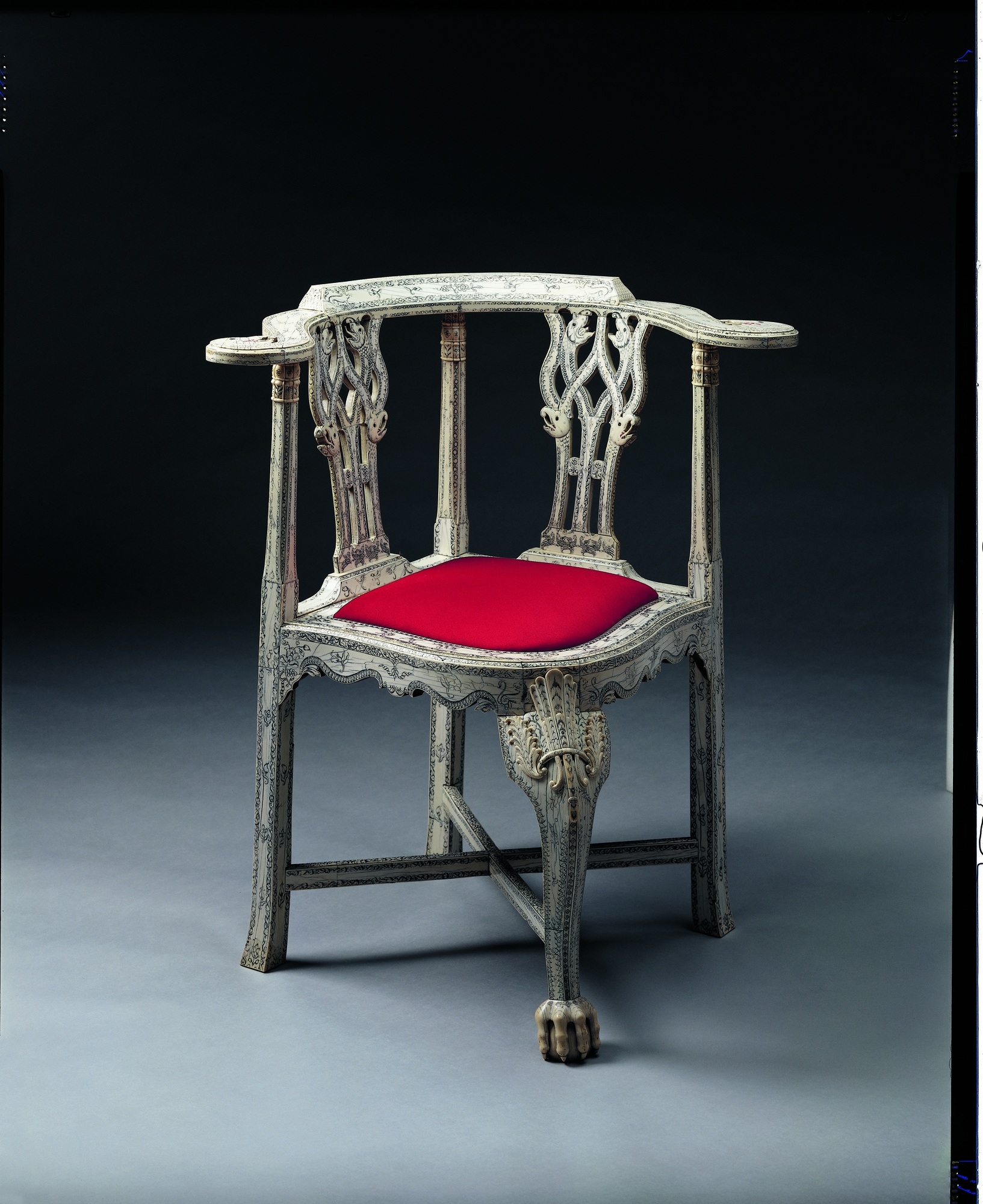 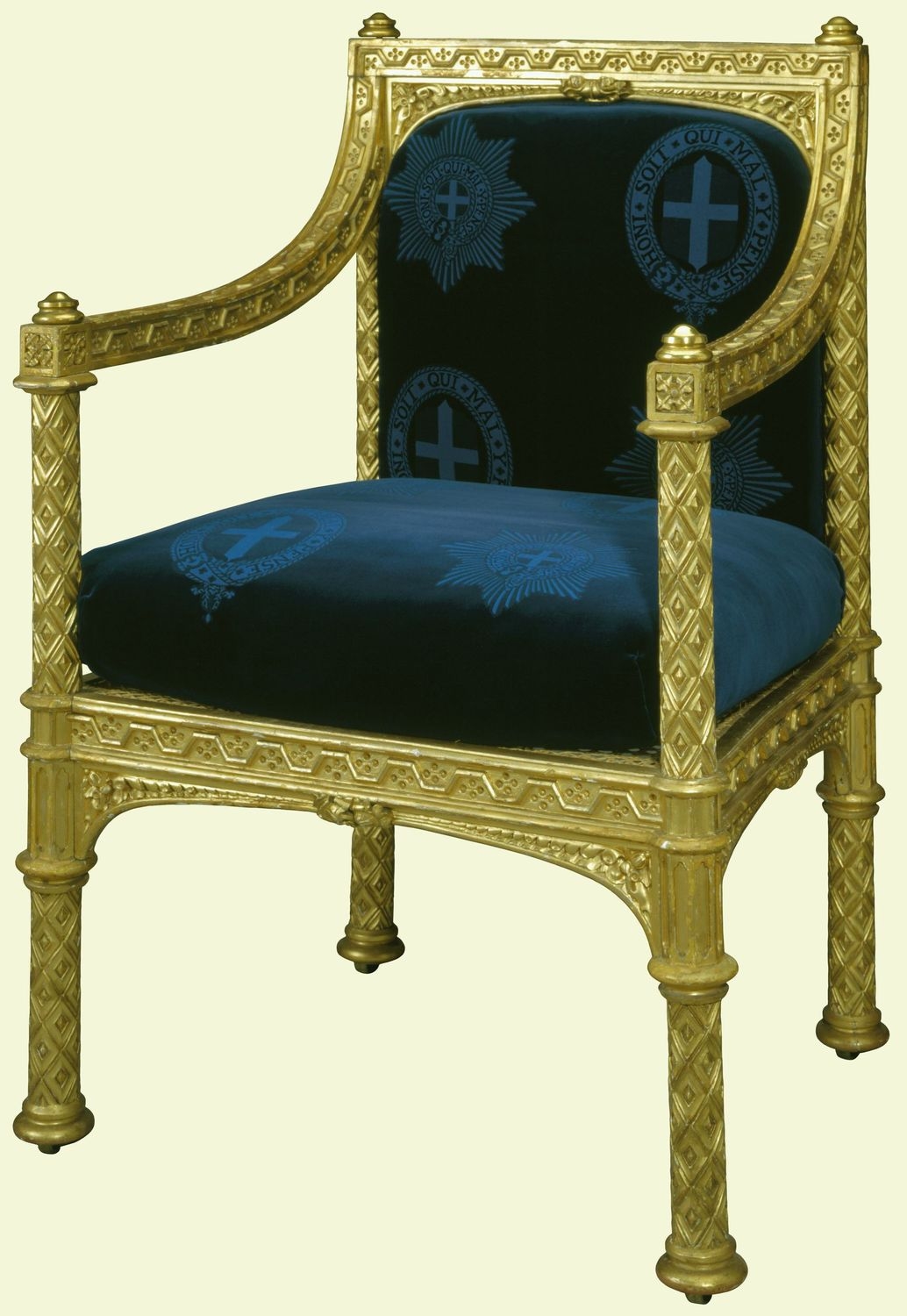 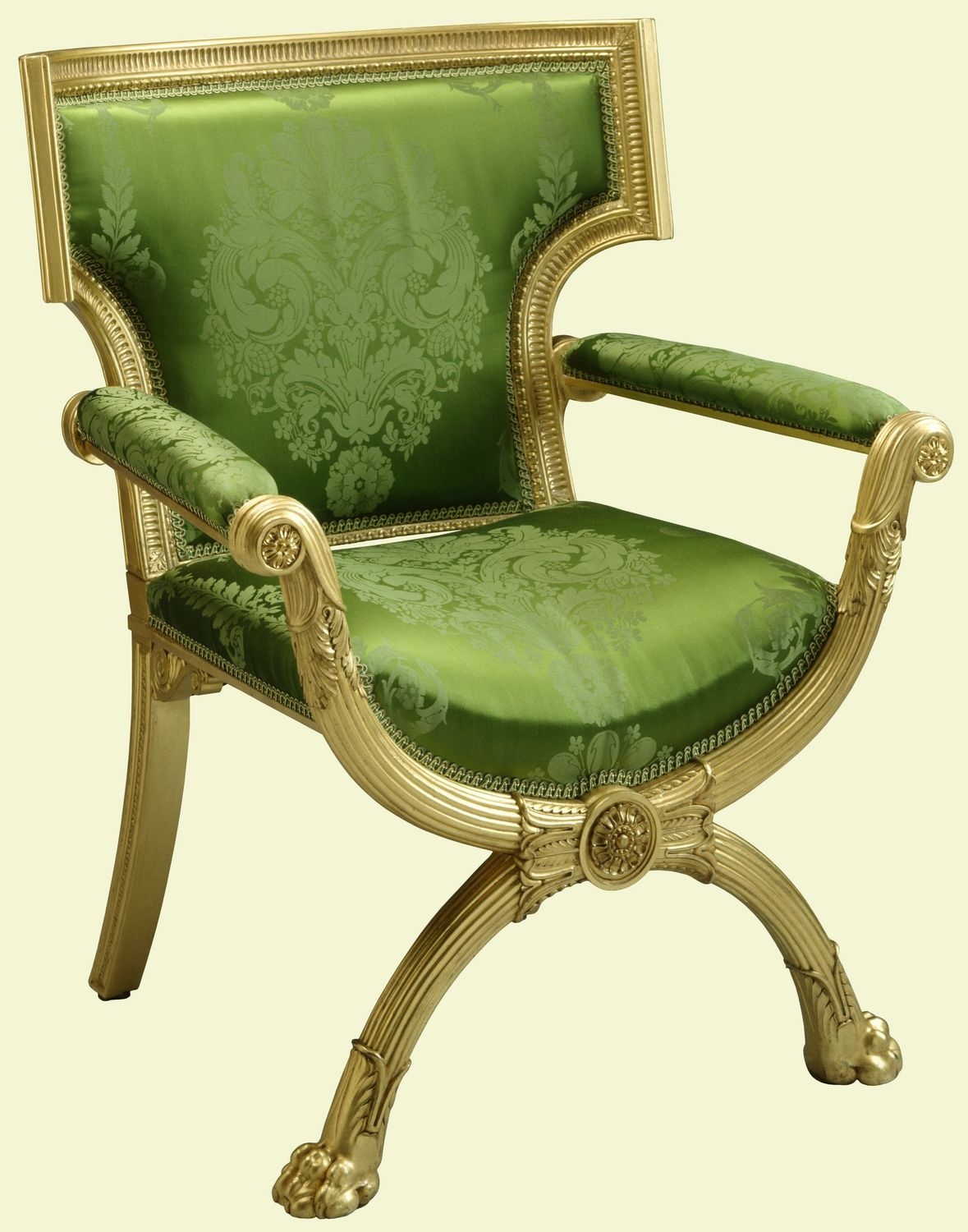 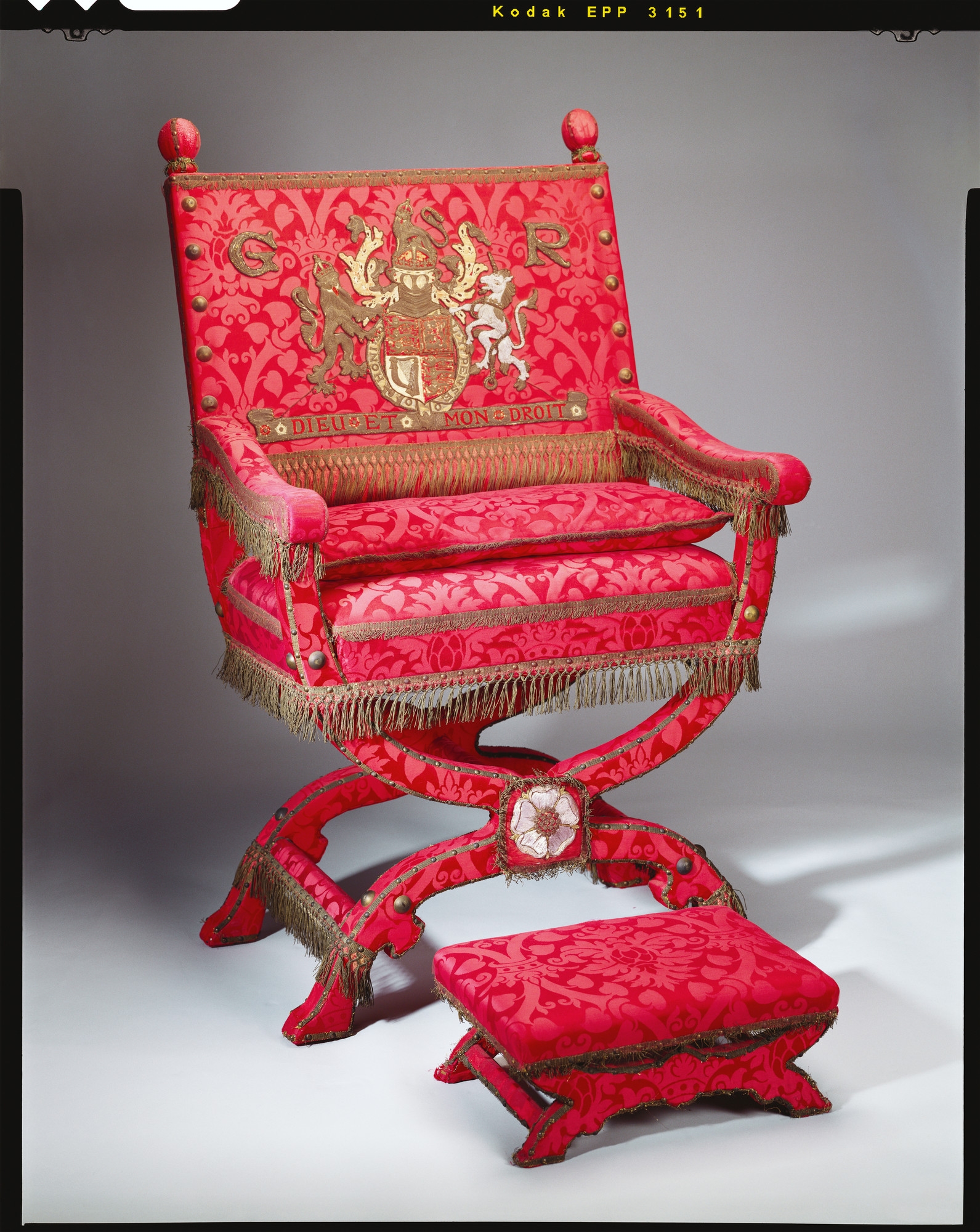 Morris & Co [London] (furniture maker)
A pair of throne chairs in the Tudor style, close covered with scarlet damask, fringed and trimmed with silver braid, the back panel fixed with brass studs and appliqued with the Royal coat of arms in gold, silver and silk thread with the monograms GR or MR, and a York Rose on the X-frame. 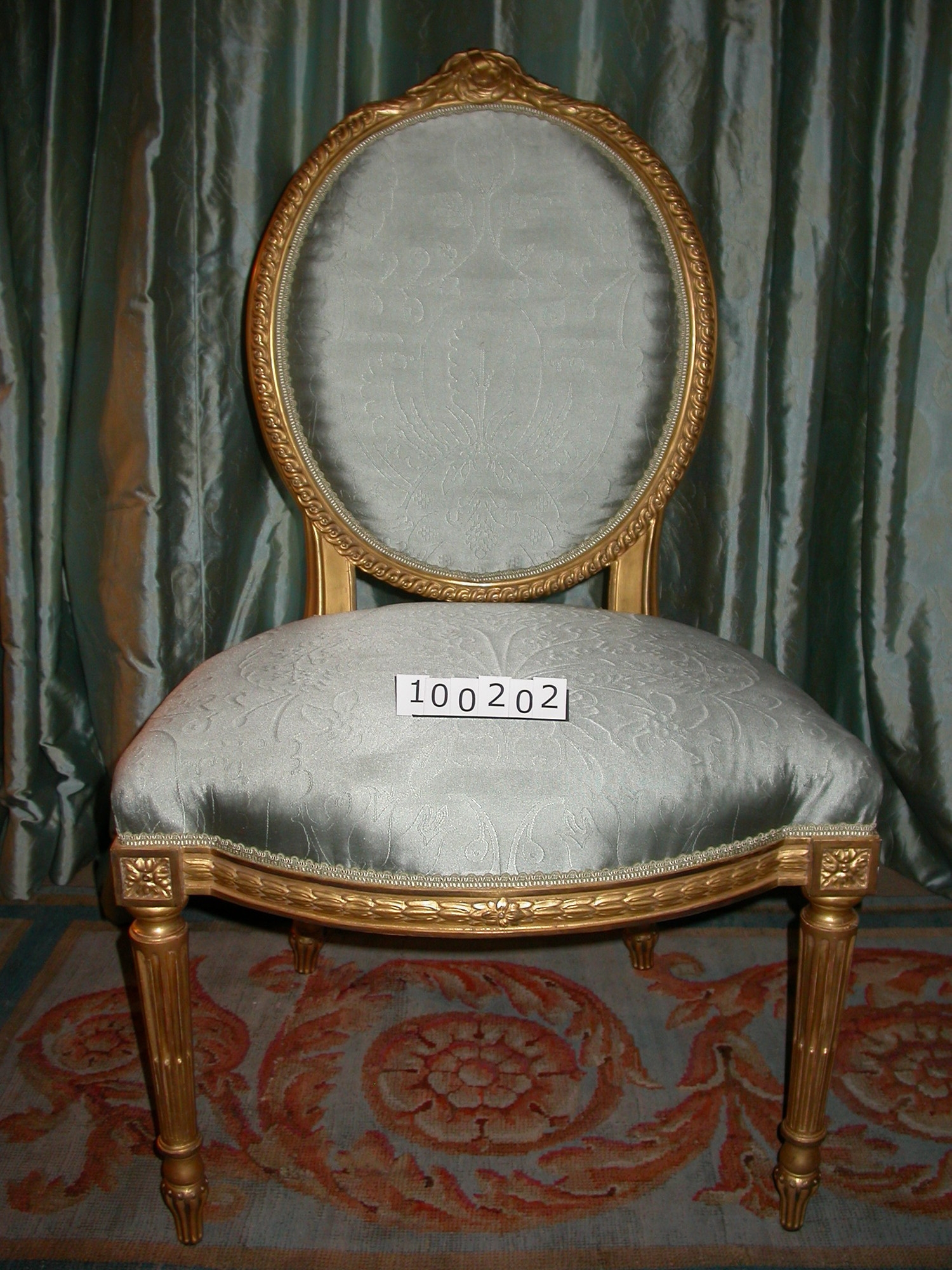 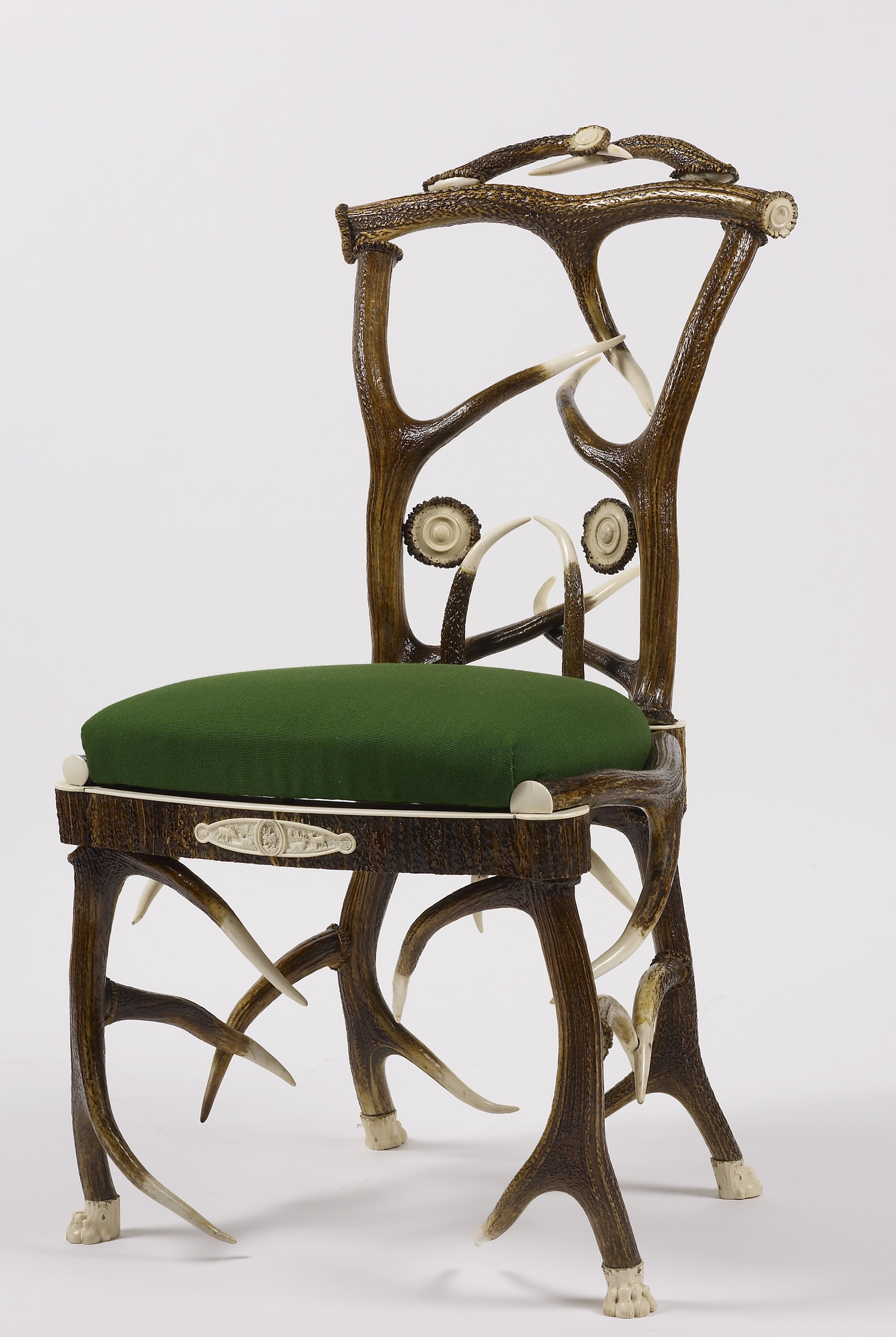 The Central European taste for stag horn furniture was fully shared by Prince Albert. Returning from his first visit with the Queen to Coburg, he purchased several pieces, including these chairs, in Frankfurt. The sofa probably came from the Prince’s brother Ernest. All the horn furniture was kept at Osborne. 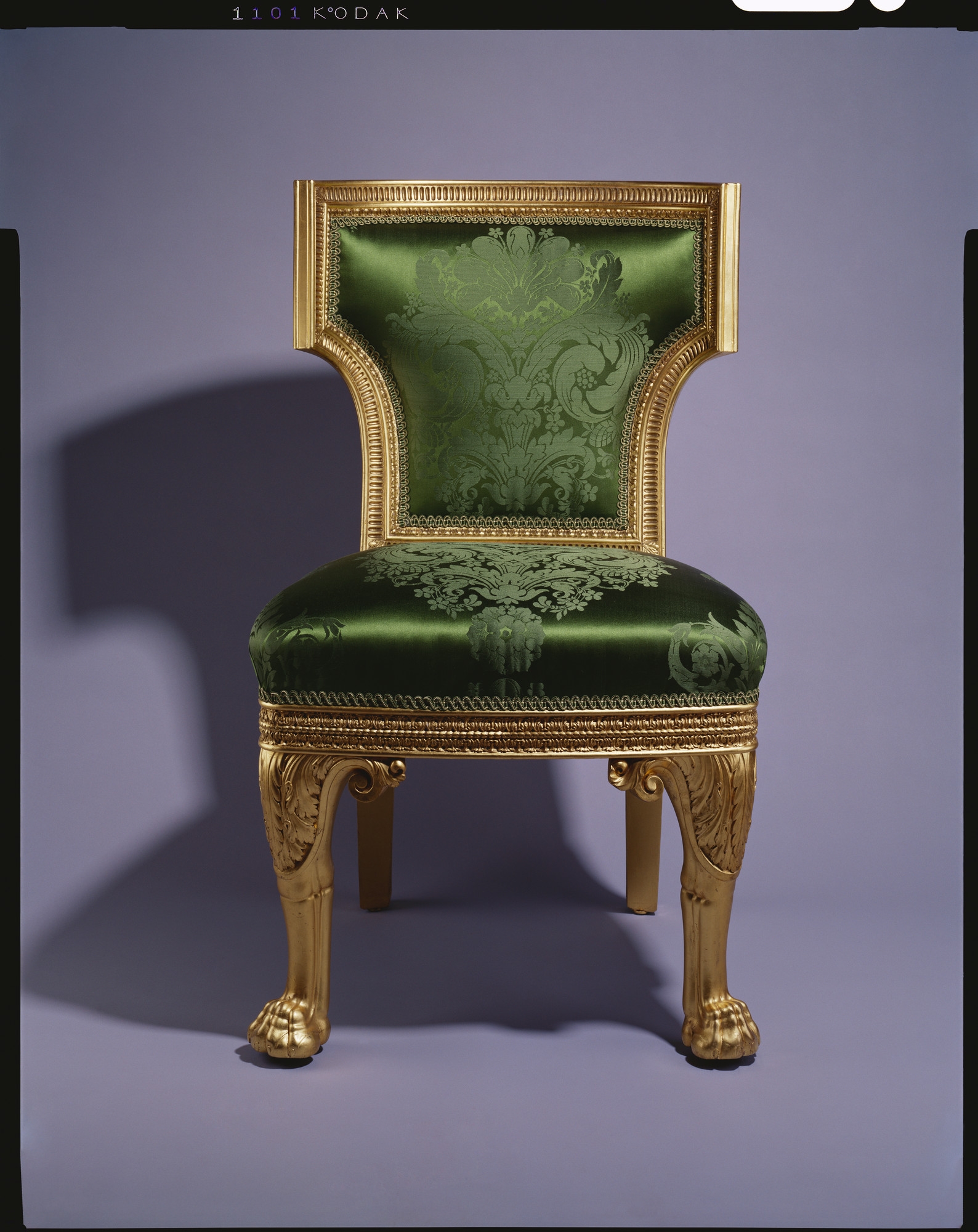 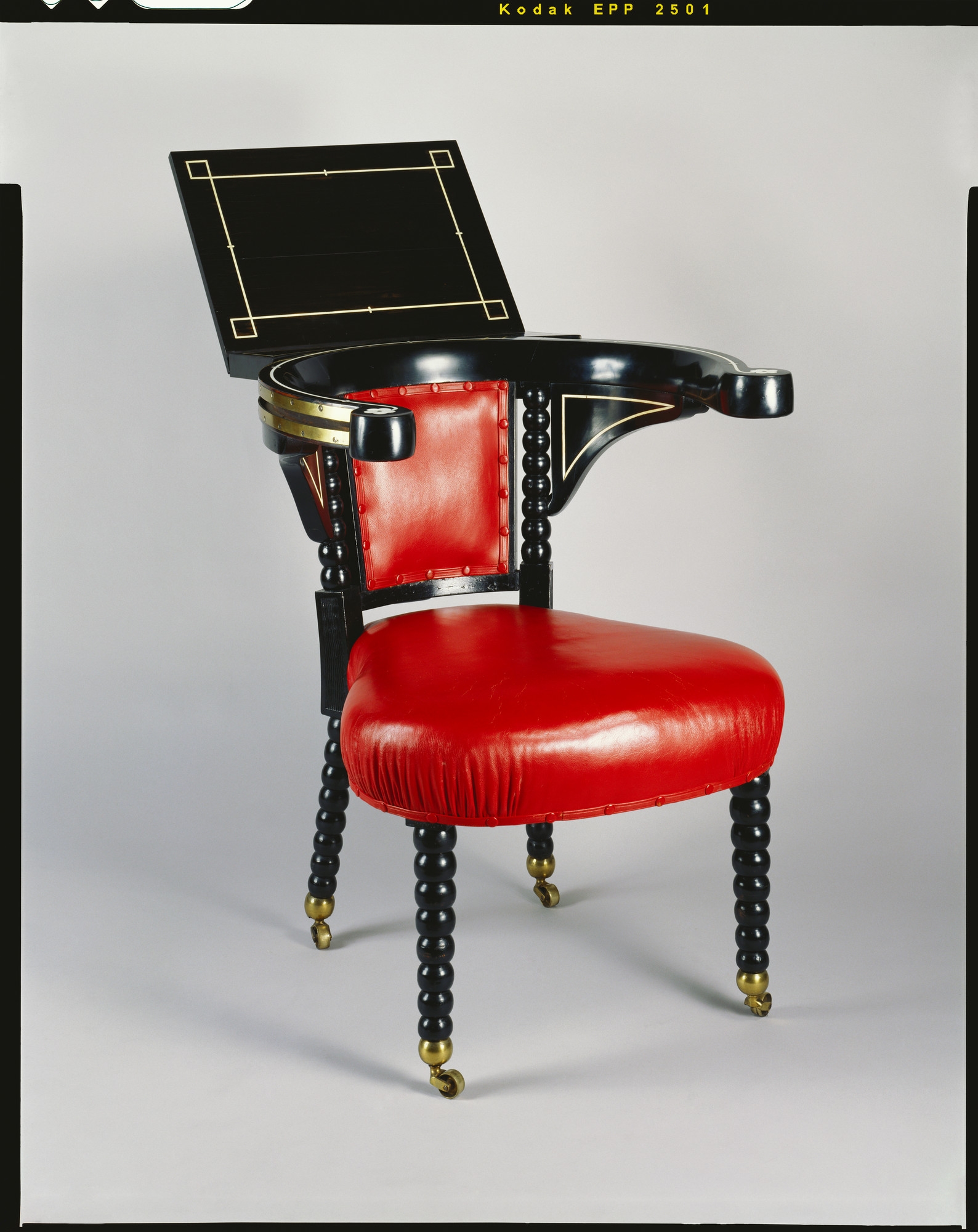 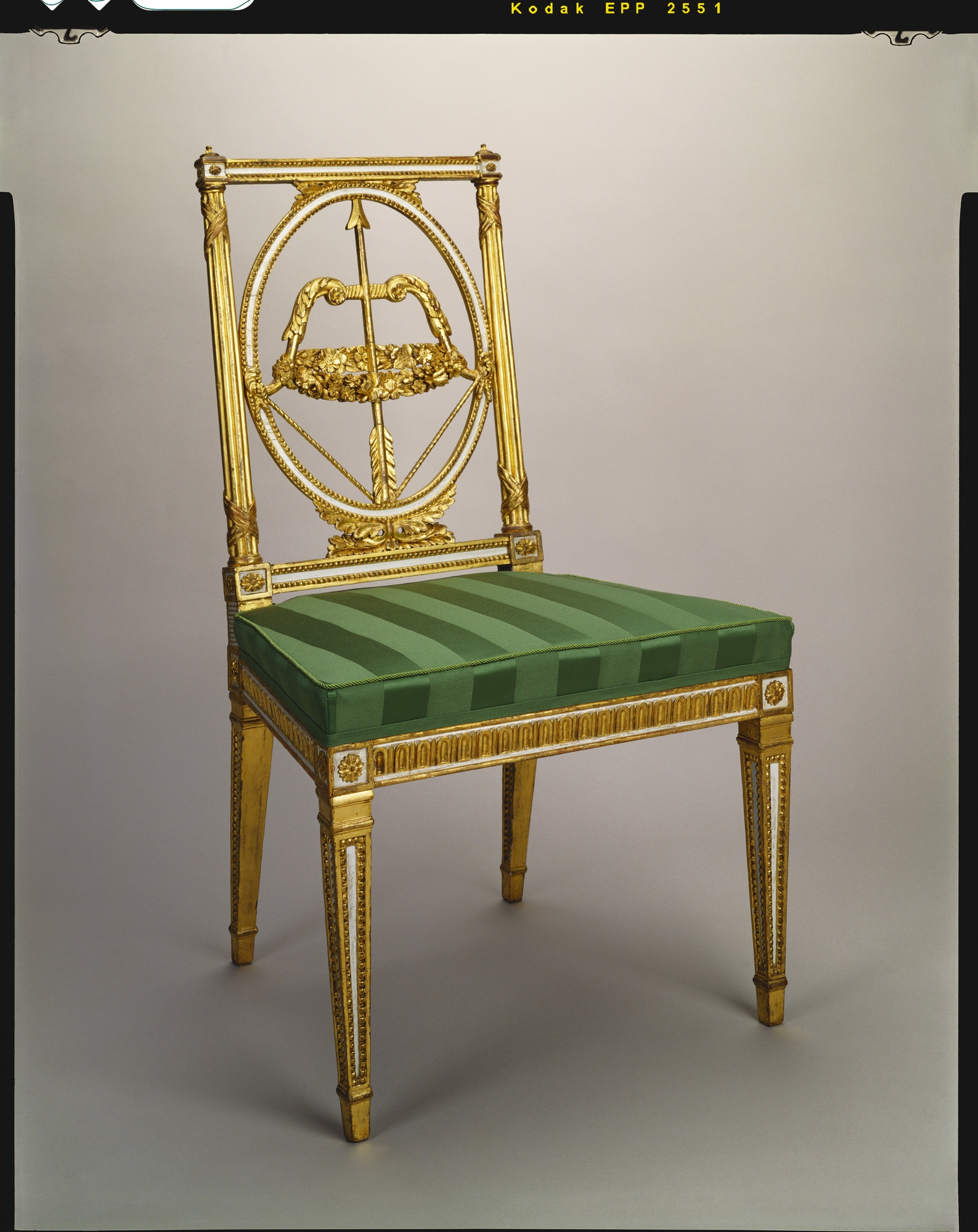 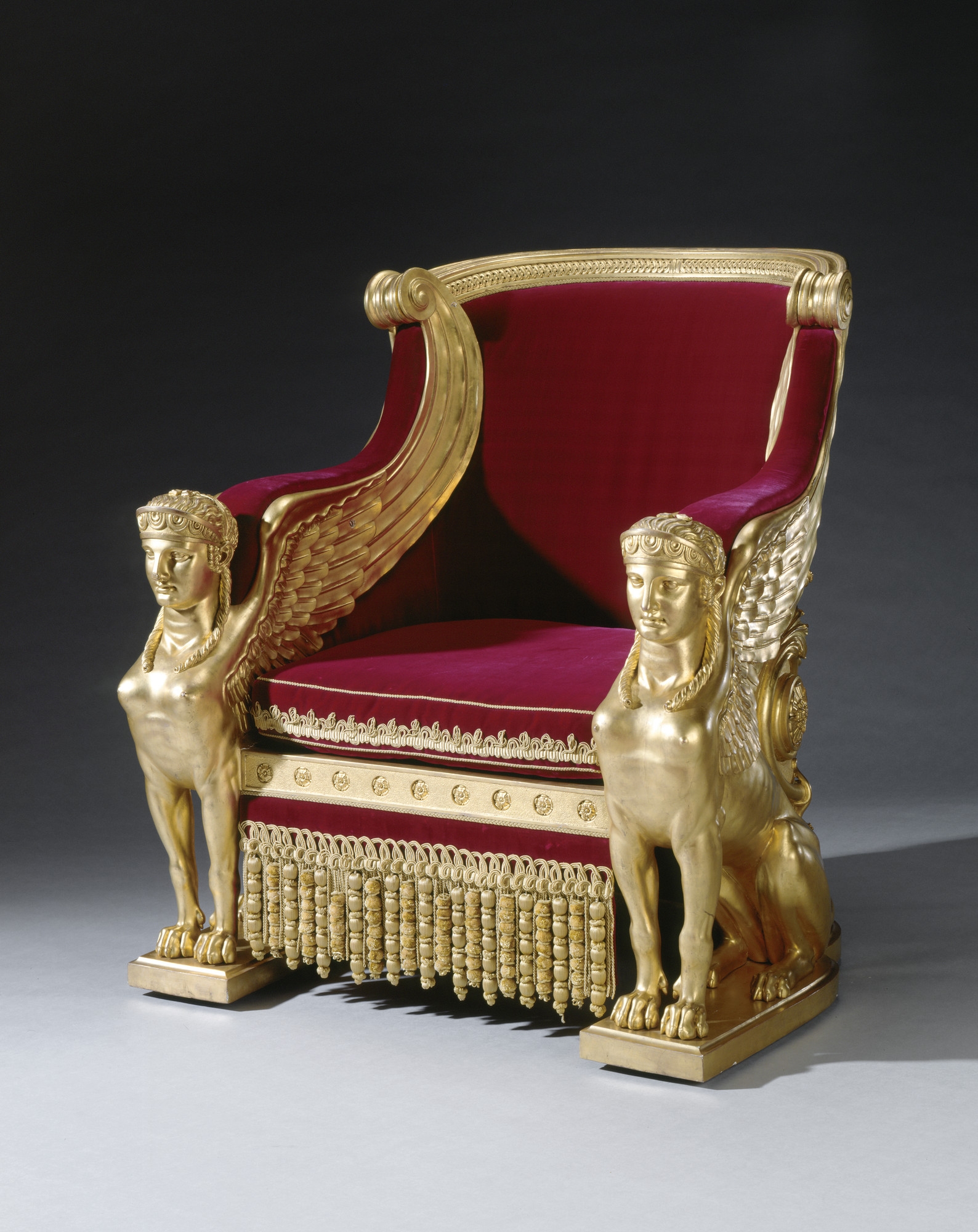